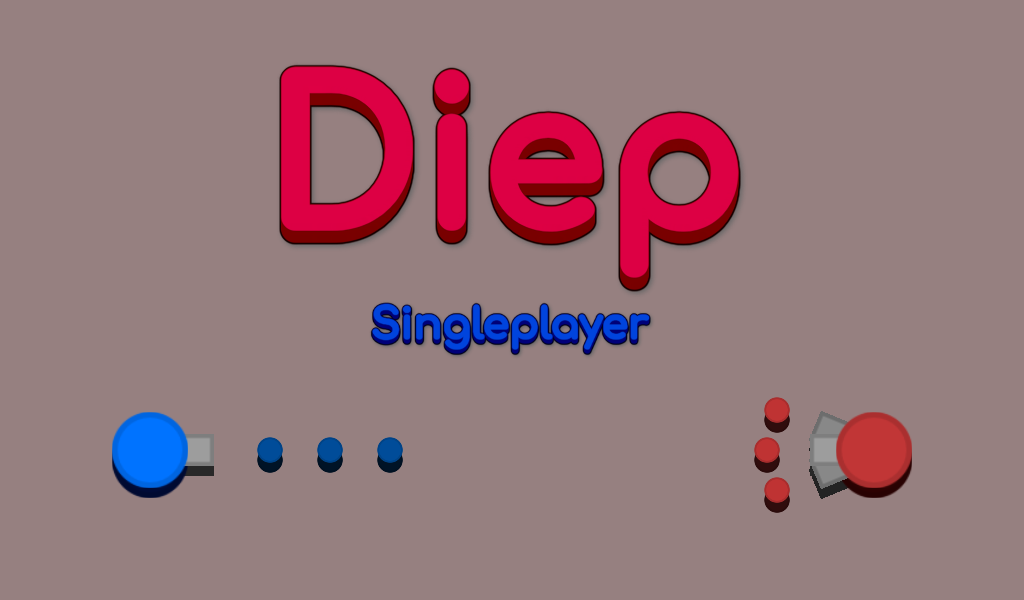 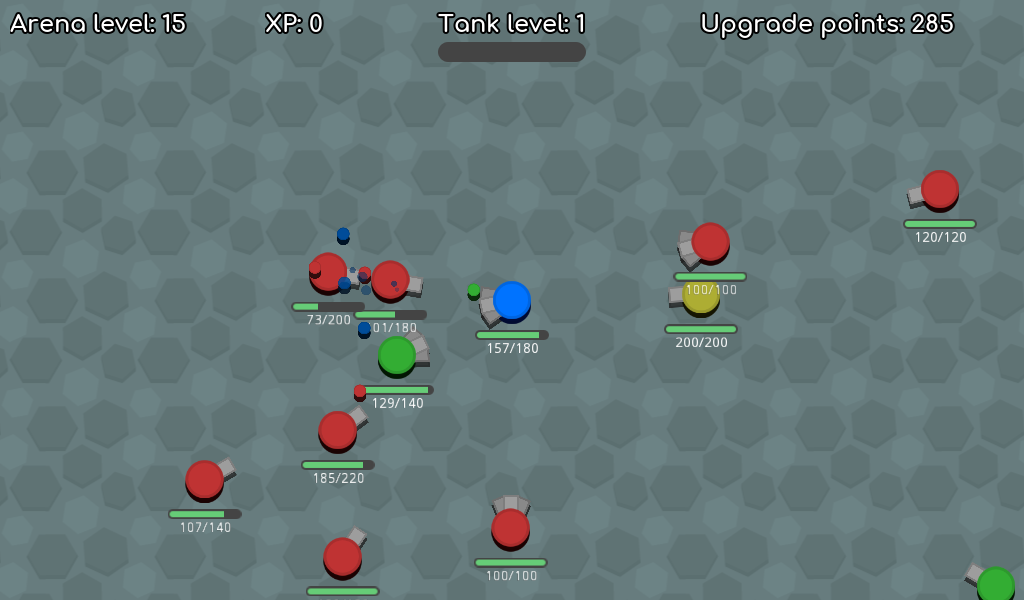 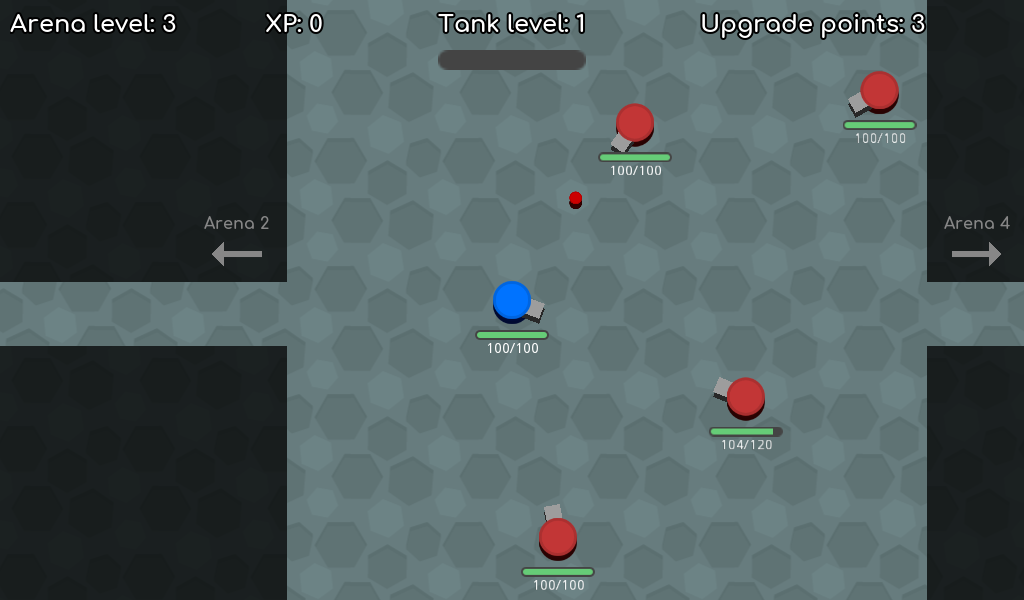 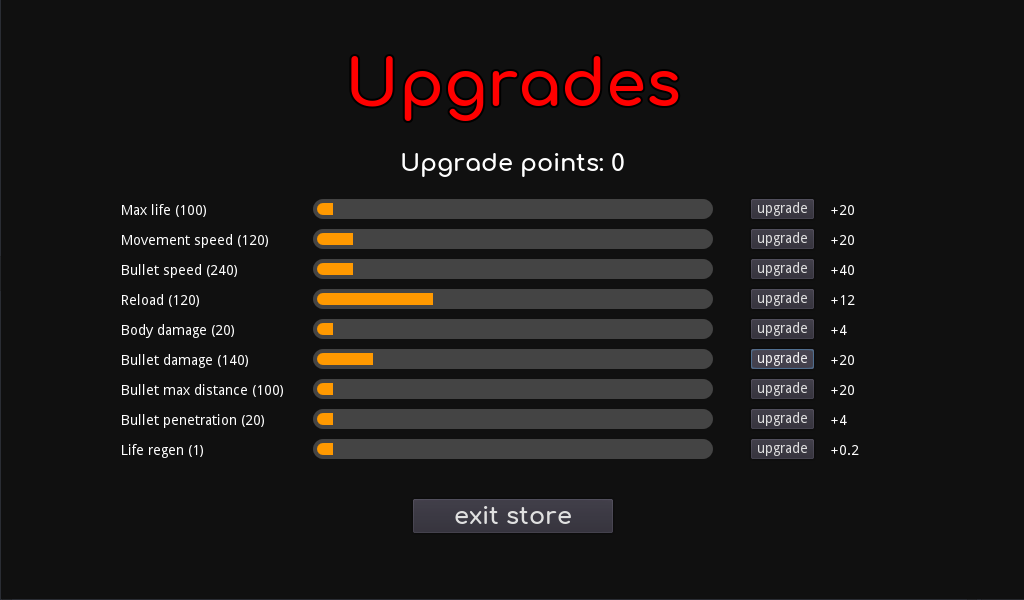 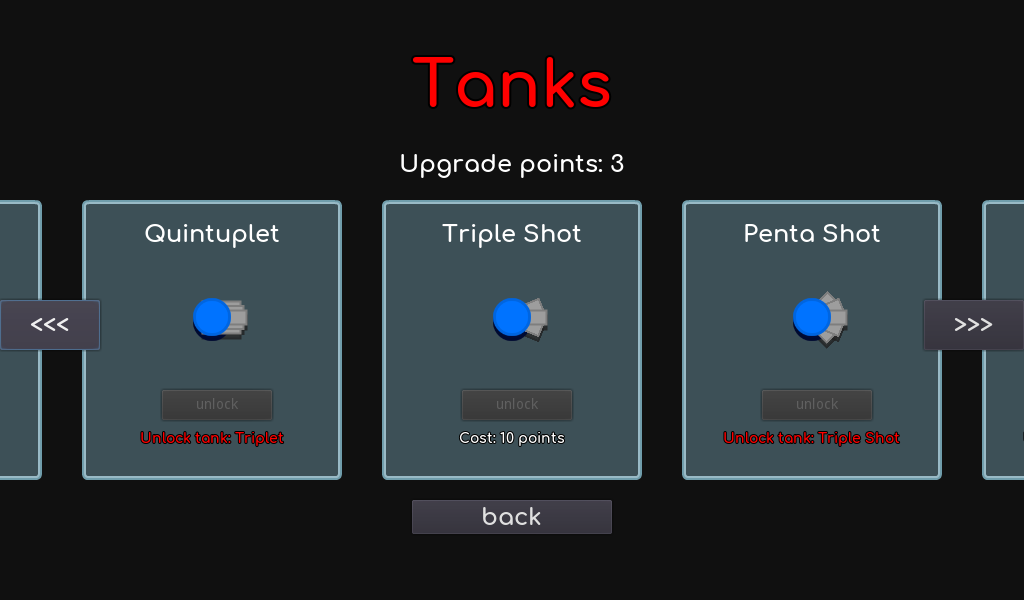 Every time you destroy an opponent tank, you earn points that can be used to upgrade your tank.

Artificial intelligence:
There are 3 different tanks, each one with different behaviour.

Subreddit of the game:
https://www.reddit.com/r/DiepSingleplayer/

You can also send suggestions in the comments below.

DiepSingleplayer.exe 43 MB
if you pay $2 USD or more

Mmk so I've been playing the hell out of this game for the last week. It is INSANELY fun and challenging! I love the robust upgrades and each one you can clearly feel he upgrade. This game requires not only a good balance in upgrades but also planning ahead. My biggest problem late-game was fast moving dudes that would overlap with you so you couldn't hit them. This leads to having to up your speed and at even later levels, the super fast enemies can have a lot of health or damage, making them even more lethal.

There are a few drawbacks though that I'm not 100% sure what to do a bout but owell.

The game gets pretty repetitive. It' easy to be in an arena where yo barely get any XP and your only choice is to go up in arenas but that leads you down the rabbit hole of the enemies being more dangerous but the game is still kind of stagnant.

Other than that, this game is brilliant and I've had loads of fun playing it.

I believe the best way to kill the fast moving tanks in late-game is to have a high "body damage". This upgrade is very important in late-game. Anyway, I will think about putting a limit on enemy tank speed.

I plan to add boss arenas in the game. I still need to think about a way to make it less repetitive in advanced levels.

Thanks for your feedback.

So is Body Damage how much damage you take or how much damage you do to their body? If it's the second, what's the difference between Damage and Body Damage? Also the speed is a fun trick, the issue is that they get inside you and you can't hit them. Maybe put some kind of collider on your body so they can't enter?

Oh bosses would be so cool! As far as making levels different, would making levels that are mazes be too much? So here's my experience: when I enter arenas that are harder, I stick out the initial wave at the entrance so if things get bad, I can bail. Then I gotta do a  nail-biting run across the field since I don't want to be stuck. Making it not as simple as "Run to the other side" would be cool. Doesn't have to be a maze, but maybe sudden sections of walls? Random large groups of dudes rushing you with perhaps a warning?  Maybe secret side rooms?

Maybe some newer enemies like ones that run up, unload a lot of firepower, then run away, perhaps dudes that orbit you while firing, dudes that buff other dudes, maybe ones that when they die, they lave behind a fire crater that damages you, maybe dudes that slow you or do damage over time? And maybe instead of circles, they could be like triangles to show they're different? I don't think I've gotten past arena 30 yet.

Do you have any plans for new weapons/tank bodies? Would be cool to have like "Apocalypse: +20% damage and range, -30% move speed" or something to suit your playstyle?

God this game is shockingly addictive!

Your body damage is how much damage you cause on enemy tank when your tanks are overlapping each other.

If you have a high body damage, you will be able to destroy enemy tanks without shooting bullets, just by keeping your tank colliding with enemy tank.

So, it's important to have a body damage higher than enemy body damage, to avoid being killed by super fast tanks.

Thank you very much for your feedback and ideas. Very good ideas, I will use in the next game update.

I'd like to suggest calling it Collision Damage then? And that's so cool you even thought of a stat for that!

Played this for like an hour straight. Absolutely super amounts of fun!

Great concept and fun. The AI works well, but can be annoying at times since the red and greens runs always run away.

Thanks for the feedback.

The red tank will run away when he's almost dying, or if he's weaker than you. If you spend most of your upgrade points increasing your "Max Life", most reds will start always running away from you. You can minimize this problem by spending points upgrading your "Movement Speed", making it difficult for them to evade you.

The green tanks are able to dodge bullets. You can minimize this problem by spending upgrade points in your "bullet speed".

Isn't it so great when you are super far into a run and a red tank spawns on top of you and instantly kills you upon entering an arena? Also, the AI is not fixed, they are still getting stuck in corners, other than that, this is way too addiciting.

Hi BiggerBrain, thanks for playing!

Upgrading max life and life regen will also help a bit to avoid being killed that way.

I programmed the game to avoid a tank appearing too near your tank, but if the tank is faster than you, it will reach you very fast and you will not be able to evade it if your tank is slower.

Maybe I can program the enemy to never become too near your tank, but in that case I would need to remove the "body damage" upgrade, because this upgrade would not make sense anymore.

I also will continue improving the AI in future updates.

Thanks for the feedback!

Every time the enemy tank is stucked in corner. Range of bullet is small so you have to follow enemy into the corner and try to avoid his shoot.
Anyway pretty nice concept, have potential. Keep it up, I like it.

Thank you for playing! I will soon improve enemy artificial intelligence and add different tank behaviours. Thanks.

Hi, I published a new version and updated the AI of the red tank, so it don't stay stucked in the corner anymore. 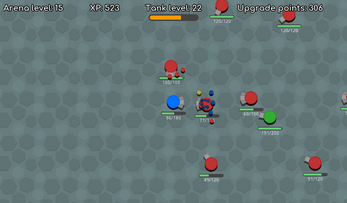 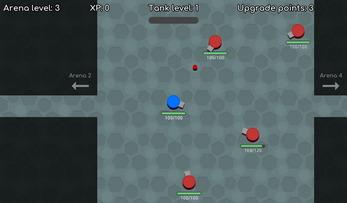 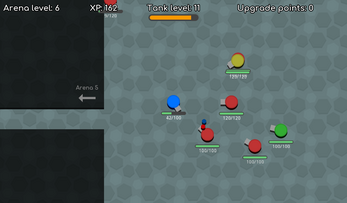 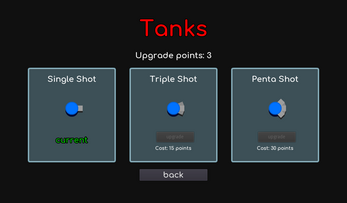 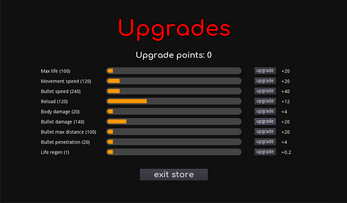